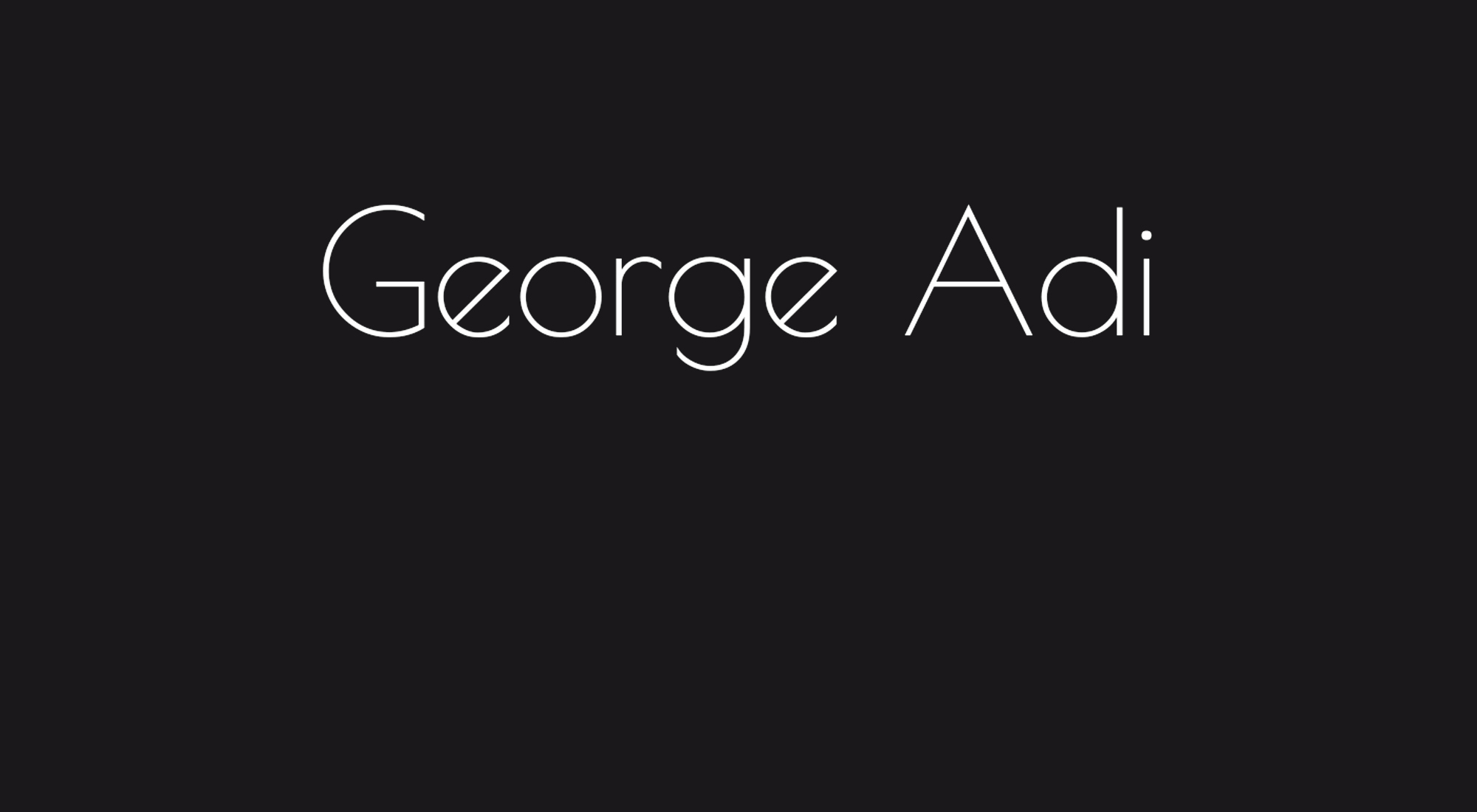 George Adi
Jannowitz Records | SHIFT Digital Audio
George Adi had his first touch with the world of electronic music when he was only 15 years old, experimenting with the early releases of Ableton Live, while djing among artists like Pan-Pot, Thomas Schumacher Daso and more.. After joining a dj course at Decadence Club,a trademark in Greece’s underground culture, George was signed by NON Collective, the famous agency behind Reworks Festival. This was the time when his Djing personality was developed among artists like: Fischerspooner, Oxia, Ellen Allien, Anthea, Agoria, Deadbeat, Djuma Soundsystem, Brother’s Vibe, Guti, Dj Sneak, Francesco Tristano, Sian, The Hacker, Tiga, Gaiser, Reinhardt Voigt, Oliver Huntemann, Minilogue, Caleb Calloway, Robert Hood, Audio Injection, Drumcell, Axel Karakasis, Sam Paganini, Marco Bailey, Pig&Dan, Florian Meindl, Fabio Florido, Hito, Einzelkind, Stiv Hey, Mark Broom, Matt Sassari, Deborah De Luca, Gregor Tresher, Tom Hades and more.. Besides being a dj, George got involved with Reworks Festival, as part of the NON Collective. Reworks stands for the most part of his career. Through the festival, he had the chance to perform along Sven Vath, Loco Dice, Ricardo Villalobos, Marcel Dettmann, Ben Klock, Adam Beyer, Dubfire, Paul Kalkbrenner, Reboot, Radioslave, Apparat, Heidi, Miss Kitin, tINI, Robert Dietz, Nina Kraviz, Hot Since 82, James Holden, Joseph Capriati Martinez, Valentino Kanzyani, Nikola Gala, Carlo Lio, Carola Pisaturo, Roy Davis Jr, dOP, Derrick May, Pearson Sound Liubo Ursini, Stef Mendesidis, Carola Pisaturo, Dyed Soundorom, Carl Craig and more.. Like any other music-head,George was always into developing his own sound. Experimenting never stopped, but there was a time in his music life that a professional session seemed more necessary than ever. So he joined an EMP course on SAE London, where he mastered his skills on production, sound design, mixing, mastering while training on analogue equipment. George is currently working on a live performance, feeling more confident than ever on his own. The story continues, with his involvement in the NON collective offering him the chance to explore various aspects of club-night. Being a stage manager,while promoting an event from scratch, doing the paperwork at some points, even holding responsibility for other artist’s schedule, George is totally aware on what we nowadays call electronic music culture. As a result, he is now responsible, among others, for a new project under the name “Blanked”, introduced by hosting Jonas Kopp in the first event of the series. At the time present, he is working on the next step in his career. SHIFT Digital Audio is a new born music label, that aims towards the distribution of dance floor oriented Techno music written and produced from emerging artists. The first release of the label is available on all good digital stores, including two original tracks from George Adi and a powerful remix from The YellowHeads.